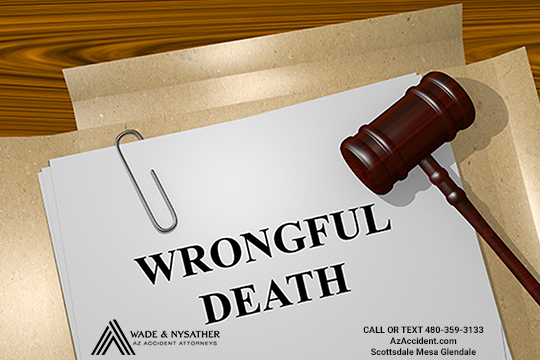 What Does a Wrongful Death Lawyer Do?

Losing a loved one is always a difficult time. But when your loved one died an untimely death and is no longer living because of someone else’s actions, it’s only fair to want justice.

An injury and wrongful death lawyer can help you take legal action in such a case. A wrongful death claim differs from a personal injury claim because it seeks damages for the loss of life rather than physical injuries.

Experienced attorneys investigate the circumstances surrounding an incident and determine whether the defendant was negligent. If they decide that the defendant was at fault, they negotiate with insurance companies to settle the matter out of court.

Wrongful death occurs when someone loses their life due to another person’s misconduct and negligence. In some cases, the victim’s family files a lawsuit against the responsible party, seeking compensation for misconduct and resulting loss suffered.

This includes deaths caused by medical negligence, such as hospital errors, nursing home neglect, or doctor mistakes. These are one of the most common causes of wrongful death. In addition, there are many other types of wrongful death cases, including car accidents, construction site accidents, workplace injuries, and others.

Survivors can also sue on their behalf for injustices they’ve endured. Survivors are allowed to sue after a period has passed in some states. Other states allow survivors to initiate legal action even if they do not qualify as heirs. But some states require survivors to prove they are heirs to receive compensation.

In most states, there are strict requirements that you must meet before a wrongful death claim can move forward. For example, you must prove that the defendant owed a duty of care to the deceased person, failed to perform that duty and that the failure caused the decedent’s death. It must also be clear that the defendant acted negligently.

A wrongful death lawsuit isn’t eligible to move forward unless it meets specific criteria. In most states, there are specific deadlines for filing such claims. And some states don’t allow punitive damage awards or require an expert witness to testify.

In Arizona, one can sue for wrongful death under three sections of law. Section 12-611 allows survivors to recover “pecuniary losses,” including medical care, funeral costs, lost wages, loss of consortium, and pain and suffering.

Finally, section 12-613 allows survivors to recover “punitive damages.” These are awarded where the defendant acted maliciously toward the decedent.

What Does a Wrongful Death Attorney do?

If you believe that a loved one died due to someone else’s fault, contact a wrongful death lawyer immediately to find out what happened in order to resolve the case.

A lawyer can explain your legal rights

When someone dies, it’s important to make sure you are aware of your legal rights.

An attorney will explain your options to you and provide advice based on your situation. They will advocate for your best interest as your legal representation.

An attorney can seek financial compensation

A wrongful death lawyer can seek financial compensation for a victim’s family.

If you are involved in, for instance, a car accident, it is important to know how much money you could receive under Arizona law.

If someone dies due to another person’s negligence, a wrongful death lawyer can help with all the stages of the legal process. They can file a lawsuit against the negligent party, negotiate settlements, and represent clients during court proceedings.

If you are the personal representative of the estate of a loved one, you may file a wrongful death lawsuit against the responsible party. You can then acquire an attorney to prove the following points in order to win the case:

Proving the defendant is legally responsible

A person accused of wrongdoing must prove his innocence. This requires evidence that proves beyond a reasonable doubt that he didn’t do what he is charged with doing.

In civil cases, plaintiffs are required to show that defendants acted negligently. Negligence is defined as the failure to provide due care and a plaintiff’s loss of care. A wrongful death victim must prove that a defendant owed a duty of care to them to establish liability.

In order to win a wrongful-death lawsuit, you must prove you suffered damages. This includes proving that you lost money because someone died. You must assign numerical values to each type of damage you claim.

The plaintiff must prove that the defendant’s misconduct caused the harm. For example, if you are suing a doctor because he negligently performed surgery, you must show that the negligence caused the patient’s injury.

If you are suing a manufacturer because it failed to warn consumers about a product defect, you must show that had the consumer been warned, they would not have used the product. This is called “but for” causation. But for the warning, the consumer would not have purchased the defective product.

In some cases, however, you do not need expert testimony to prove causation. For example, you can use circumstantial evidence to prove causation if you are suing a retailer because it sold you a defective product.

There are two types of wrongful death damages, economic and noneconomic, that we will go over in detail.

These damages are usually awarded to the deceased’s surviving spouse and/or dependent children. However, if the decedent left behind dependents, such as children, the court might award damages based on the relationship between the decedent and his or her family members.

For example, if the decedent leaves behind adult children, the court may consider awarding the children a percentage of the decedent’s estate.

They are typically awarded in cases where there are clear signs of intentional wrongdoing or reckless indifference to the plaintiff’s rights. In some states, punitive damages are capped at $250,000 per individual. This amount varies depending on state law.

The term “noneconomic damages” refers to damages awarded for pain and suffering, emotional distress, inconvenience, loss of enjoyment of life, etc., without regard to whether such losses actually resulted in economic harm.

These types of damages are typically difficult to calculate because it is impossible to determine how much money someone needs to live comfortably or what level of discomfort constitutes “pain and suffering.”

A wrongful death settlement is different from a personal injury settlement because it involves a claim against another person rather than one’s own employer.

Wrongful death settlements are paid out to family members of people killed due to fatal accidents and mistakes from negligence, recklessness, or intentional wrongdoing.

After a wrongful death lawsuit is filed, the plaintiff files a motion requesting permission to settle the case. If the judge approves the settlement, the parties involved sign a release form releasing the defendant from liability. Once the settlement is finalized, the proceeds go into a special account called a wrongful death trust fund.

If the decedent dies intestate, meaning he or she does not have a will, the law determines how the assets of the decedent’s estate are distributed. Usually, the surviving spouse receives the largest portion of the estate.

However, children and grandchildren may receive additional amounts based on the relationship they had with the decedent.

When deciding whether to accept a wrongful death settlement offer, consider the following factors:

Wrongful death lawyers are legal representatives for families of deceased individuals who were killed due to negligence or wrongdoing. They investigate the circumstances surrounding the death and determine whether or not the person responsible should be held accountable.

They are typically hired by family members after an accident has occurred. It is important to note that these attorneys only handle cases where someone was injured or died because of another party’s actions.

Wrongful death lawsuits are filed under state law. Some states allow for punitive damages, others limit recovery to economic losses, and some require proof of actual harm.

At Wade & Nysather, we are specialized, experienced accident and injury attorneys in Arizona. Contact us straightaway if you suspect someone you love died a wrongful death. We offer free, no-obligation, legal strategy sessions at our law firm.